By Mr BPD, our blogger for Human Henge at Stonehenge in 2017 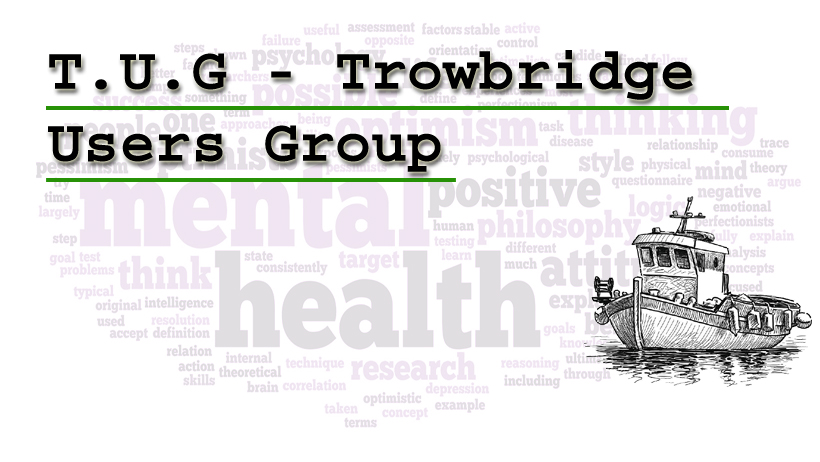 I have started to write this several times and I have come to realise that I really hate self-promotion. Although this is more about how I got here than slapping myself on the back. but I am very happy and proud of how far I have come and what I hope to achieve.

My story starts in 1971 the year I was born, and one day I plan to write it; but this is about is about life after Human Henge, so lets start my story when I arrived in Wiltshire.

I realised after moving to Trowbridge that mental health service were much worse that the tiny village of Sherborn. Services were limited or miles away and I knew that something was needed and from my experience of mental health services I new that it had to be service user led and on going.

I had tried to set to things with up with mental health agencies. I found that not that they were resistant it was more an issues of resources or they were more interested in services that providing projects that were more geared either to returning to work or what I refer to as basket weaving (project are run for limited time offering no real structure).

I never gave up on the idea of starting something but although I had asked for help I could not get the support I needed. Time had moved on some, and well I really had become isolated and needed something to give a reason to leave the house and interact with other human beings.

Luckily the Human Henge Project came along which gave me a chance to rekindle a few skills, it allowed me to write under the name Mr BPD and reconnect to my spiritual side. After the project ended, which is always a sad part, the group stand together and in touch and meet up regularly.

This connection is the most important part of any project and it only comes when service users invest in a project. I had mentioned about setting up a sort of project based around a magazine and the feedback was good and lots of people were interested but sadly the service provided only wanted a basic writing group that I could see would just become a basket weaving group so declined the offer to run it as I did not have the skills I believed to make the project a success.

After a change in care coordinator who had different knowledge I was introduced to the person in charge of service user involvement.

After a few conversations it was very clear that we both wanted the same thing, a user led project that would grow into the service that is needed. I had been let down a few times so did not let myself get too invested.

Just before Christmas we met once again to talk about a venue and thought about Tesco Community Room so we made some enquiries, we found out that we met the requirements to use the room but the person in charge of the diary was not available and would not be back till the New Year so we left our details and waited for a call.

On the 11th January I got a call. Tesco had called they had a cancellation and they had a four-hour slot on Monday and could we meet on the 12th outside Tesco.

We met and agreed we would go for it four-hours on a Monday we walked and met with the person in charge of the room. Within minutes we had agreed to take the room on the coming Monday and on a long-term basis and came up with the name Trowbridge Users Group (TUG).

We then went off for a coffee and realised what we had just agreed to: it was lunchtime Friday and the first group would be on Monday. There was no time to get the word out but we would try.

So I rushed home to get the word out and by Saturday morning TUG had a functioning website, FaceBook page, Twitter account. The rest of the weekend was propagating content and making posters. And trying to put together a mission statement and a framework of ideas of how the group would run and how service users could be actively involved.

We had agreed to starting group as a coffee and chat drop-in and let the group grow organically after finding out what people wanted. I thought it would be good to involve as many service providers as possible, not to run the group but to come in as guest speakers and say what they do and how they can help and how to access the service. This way service users could take a more active roll in their recovery. We all know that the mental health service across this country has been starved of resources and staff are under a deal of great stress and many service users are not informed about services available so by inviting service providers users can take a proactive role in their recovery.

Trowbridge Users Group (TUG) has one main aim, which is to involve as many service users as possible and become a voice for change within mental health. We are actively encouraging service users to get involved in planning events and running on line service as FaceBook and Twitter Admin and as blog writers. We hope in time to have service users sharing their skills and business ideas and act as mentors to others. The possibilities for this project are endless and one day I hope it becomes the gold standard for service user involvement and will shape mental health services so they are more service user led.

Things are still in their early days but we have booked the Restoration Trust, Health Watch Wiltshire, and The Wiltshire and Swindon Users’ Network to come in and talk and explain what they do, in time I will be inviting more. And if you’re reading this and feel you have something to offer the mental health service user of Avon and Wiltshire Mental Health Partnership NHS Trust (AWP) I would love to hear from you.

I will not devalue the work I have put and will put into Trowbridge Users Group (TUG) but I will say if it was not for the confidence and friends I gained from Human Henge I’m not sure I would have had the guts to push forward. They are a constant source of support and encouragement and have assisted in the launch of the Trowbridge Users Group (TUG) with help proofreading content and joining and sharing the TUG FaceBook page and retweeting news.

View all posts by tashawinton